4 Ways to Prepare for a High School Lacrosse Game

4 Ways to Prepare for a High School Lacrosse Game

Lacrosse has become one of the fastest growing sports in the United States over the last decade and has spread from a predominantly east coast sport to a national sport with teams from California to New York and high schools everywhere in between adopting the sport.

Now that Spring is almost upon us, lacrosse tryouts and team selections are well underway. There are several areas where a lacrosse player, male or female, must prepare in order to not only perform well, but stand out. Let’s take a look at our top ways to prepare for a high school lacrosse game.

As a young athlete, it can be difficult to get into the right mind state before a game. There is a lot going on in your life and preparing mentally for an upcoming game can be a big task. There are several characteristics that every coach looks for in their athletes:

Now, we may have said earlier that finishing late in a game isn’t a matter of conditioning, and we stand by that, but getting to that point is about conditioning. You can’t get through all 48 minutes, especially in such a condition focused sport, without taking the time and committing to your conditioning. While it’s likely that you’re doing a great deal of conditioning during the week at practice, if you want to be at the top of your game, we also recommend incorporating some low impact conditioning like swimming at least once or twice a week. Doing so will help your muscles repair from the strenuous week of practice and also improve your cardiovascular system allowing you to start and finish strong.

Now, running up to five miles in a single game is no joke. That is a lot of ground to cover and if your body is not hydrated enough to handle it, you could be in for a world of trouble ranging from cramps to heat stroke. You should start hydrating the week before a game and trying to get at least 64 ounces of water in your system per day, especially if the weather is going to be hot at the game.

The day of the game, you should drink 16 ounces of water when you wake up and another six to eight ounces 15-30 minutes before the game. Sports drinks during the game can also be a great source of hydration as well as carbohydrates to get you through a long game.

Any athlete that has ever played lacrosse will understand that the amount of running that a lacrosse player does during the course of one game is a lot to handle. You need to make sure that your muscles are ready to take that kind of beating. Common lacrosse injuries include muscle pulls of the quadriceps, hamstrings, calves, and hip flexors. These muscles need to be loose and ready to handle the load that you’re going to put on them.

We recommend static stretching throughout the week immediately after practice and static stretching each morning to help remove any lactic acid that has built up. Just before the game, it’s important to warm up all of your muscles with a series of dynamic stretches targeted at each of these muscles. Listen to your body, if the team stretches that are done before the game don’t feel like enough for you, do some extra stretching on your own. Listen to your body. Unsure of when to use static and dynamic stretching? Check out our blog post on When to Use Dynamic Stretching vs Static Stretching.

Now that you’re ready for your game, it’s time to start thinking about the rest of your season. How will you help your muscles recover day-to-day in order to stay healthy all season? Check out our FREE Day-to-Day Muscle Recovery Checklist and have a season to remember!

About the Author: Team Qivantage 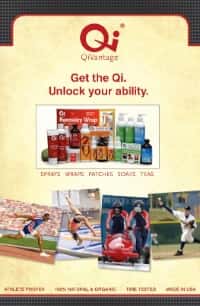 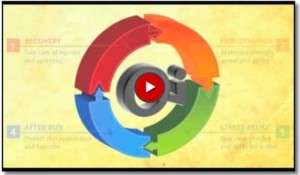